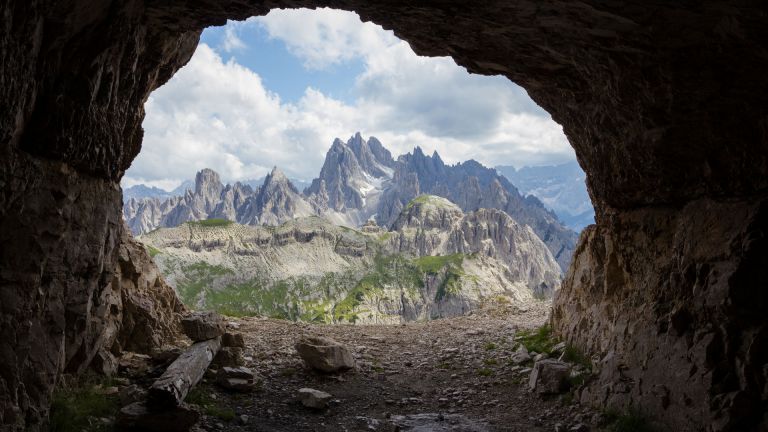 The memory is still alive

Contemplating nowadays this charming scenery full of peace and harmony, it's not easy to imagine that in 1915-18 it was a place of fierce battles. The Dolomites' front of the First World War was just a few kilometres away from here – on Mount Lagazuoi, where you can still see the remainders of Austrian barracks and trenches. Next to the Scotoni Mountain Hut, however, there is a beautiful small wood church, built to commemorate the fallen soldiers that had to fight not only against the enemy, but also against the extreme mountain conditions. The Dolomites never hesitated to show who was the real master on this territory, burying both Italian and Austrian soldiers under landslides and avalanches.

The memory of the First World War sites is also alive in the ski routes. First of all, the Great War Tour (First World War Tour) that runs through Alta Badia, Arabba, Civetta and Cortina d'Ampezzo, creating a splendid circuit around Col di Lana, also known as "Hill of blood". The circuit can be followed in clockwise and counter-clockwise directions. The Scotoni Mountain Hut & Restaurant is located on the counter-clockwise route, on the way from Cortina d'Ampezzo to Alta Badia along the marvellous Armentarola slope. At the end of the run, a pair of horses is waiting for skiers to drag them to the ski lift Armentarola, which provides an access to the ski area of Alta Badia. The tour is more than 80 km long and thus doesn't forgive distractions. Completing it will take you 7-8 hours. So it is highly recommended to set off as early in the morning as possible in order to be able to afford an unhurried break and a rest at the Scotoni Mountain Hut.
Ski map "First World War ski tour"